Lethbridge’s pop. is up 3%, average person is 38 years old 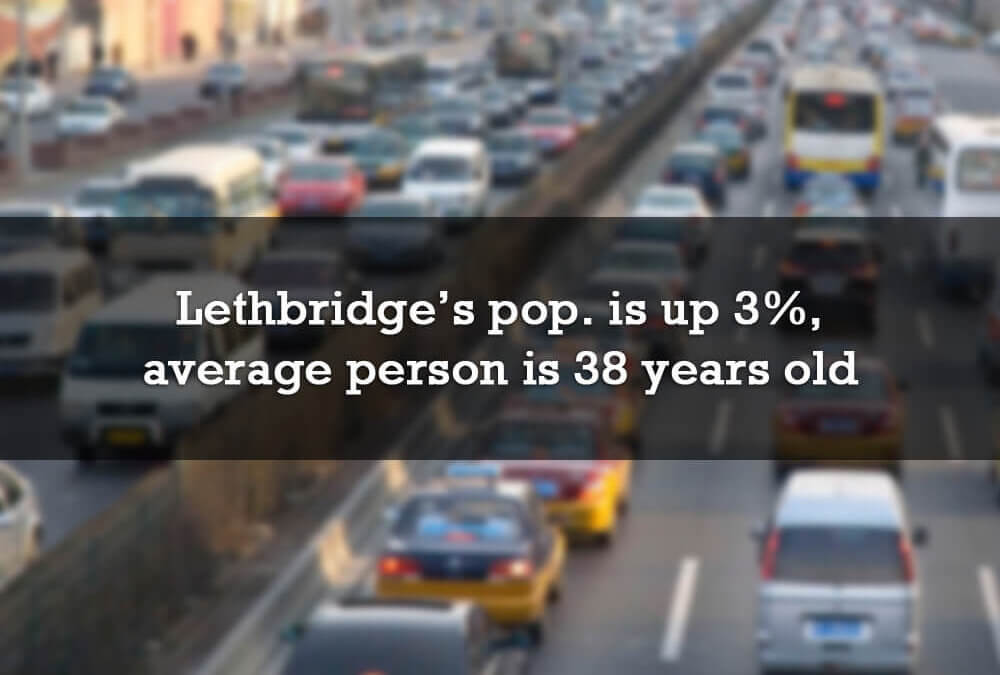 Last week, the City of Lethbridge published the results of the 2014 municipal census, and our population is up by nearly 3%.
Over the month of April, 175 census workers visited Lethbridge homes to conduct the resident count, which came to 93,004. Nearly 40% of residents filled out the census online.
In its climb to 100,00 people (Statistics Canada already considers the metro Lethbridge area to be above 100,000 as of 2011), this is its largest year-to-year increase since it went up by 3.78% in 2007. In fact, this is the first time in 6 years that population growth has been above 2%.
Traditionally, Lethbridge has had stable, steady growth, absent of spikes and dips. Such growth makes city planning easier, and prevents city officials having to play catch up to ensure city residents are properly serviced through cultural, infrastructure, employment, education, and other services.
Unsurprisingly, most of the growth has been in West Lethbridge, which saw nearly twice as much growth as the city average and more people moved to the Westside than the other two areas combined. It’s the first of the city’s three areas to pass 35,000 people, which was the entire city’s population in 1962.

Some interesting discoveries from the 2014 census: